No other individual has contributed so much to cattle breeding as professor Jan Bonsma, the father of the Bonsmara breed. The outcome of this scientific experiment is a cattle breed that incorporates the hardy Afrikaner, crossed with a European breed (Hereford x Shorthorn), called Bonsmara (from Bonsma and the research station Mara).

Any breed can survive and produce under ideal conditions. It is only when drought strikes and fertility and growth is influenced that an animal is put under pressure. With our typical African climate, parasite-related illnesses and diseases are another risk for cattle farmers. The Bonsmara was bred to excel even under these harsh conditions and rough climates.

When the first Bonsmaras where brought to Namibia some thirty years ago, the breeders remained members of the South African breeders association. After Namibia’s independence, in 1991, an independent Namibian Bonsmara Association was founded. Members elected their own board, and the breed took its own course to breed animals for Namibia's environment. 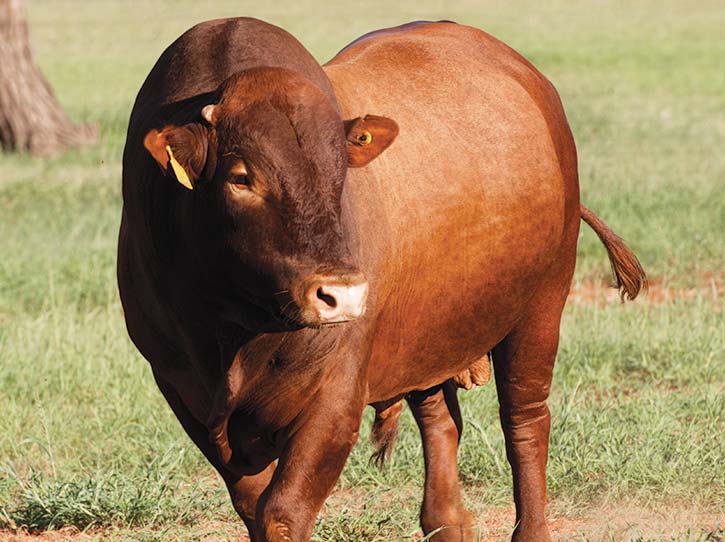